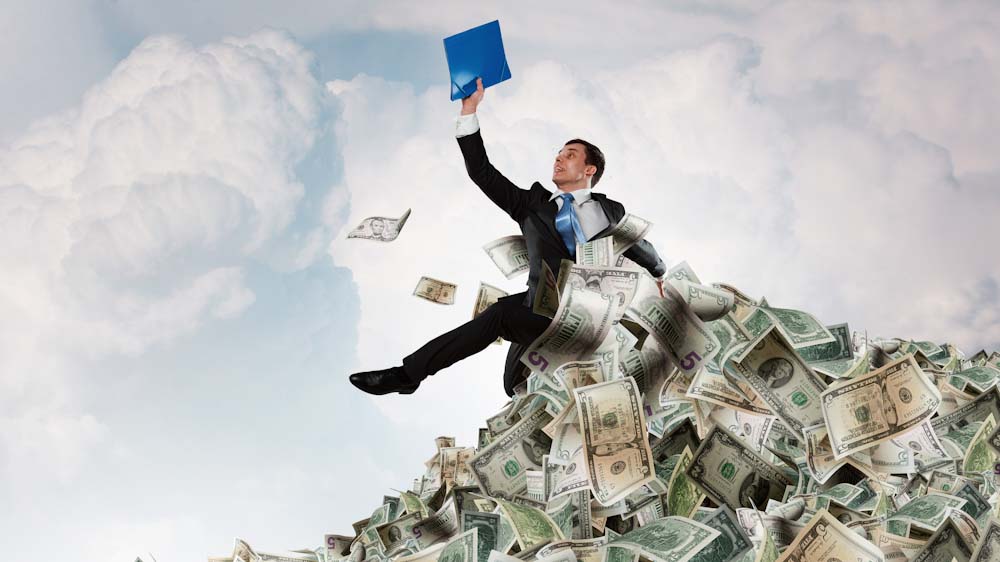 Whether your student is a poor university undergraduate or an investment banker, they need to know how to speak effectively about money exchanges. Below you’ll find lots of vocabulary to talk about loans, investments, bank accounts and family finances.

Don’t forget to always practice the target language. This could be by:

PDF for your student

Once you’ve practised the majority of this topic with your student, here is a pdf of vocabulary for them to keep.

Bank statement – the list of transactions from a bank.

‘You can view your bank statements now online.’

To save, savings (noun) – to keep money back for the future.

‘My parents told me to always try to save 20% of my salary each month.’

Income – all the money you receive on monthly or annual basis such as your salary, interest on savings and investments.

Outgoings – all the money that you spend on a monthly or annual basis.

‘Our outgoings are smaller than our income, thank goodness. If it were the reverse, we would be in trouble!’

A payslip – a note given to an employee, showing their salary and any taxes deducted.

‘To qualify for a loan you usually have to show at least three months’ worth of payslips.

To pay something back in instalments (UK) installments (US) – small, regular payments to pay back money to a bank or other organisation.

‘My brother is saving up for a new car. He is half way there already.’

Ask your student to tell you all the steps you need to complete to set up a bank account and take out a loan in their country.

To be in debt – to have a debt with someone.

‘Unfortunately, most adults nowadays are in debt, one way or another.’

Debt /det/ – the amount of money you owe.

‘Debt is a non-phonetic word. You actually pronounce it “det”’.

To borrow – to ‘take’ money (or something else) from someone or a bank and then pay or give it back.

‘I had to borrow money from the bank to be able to set up my business.’

To lend – to ‘give’ money (or something else) to someone temporarily. You expect to get it back.

Interest rate – the proportion of a loan that is charged as interest to the borrower.

‘Interest rates have been low since the financial crisis.’

To owe – the amount of debt you have to someone.

‘He owes the bank thousands of dollars in unpaid loans.’

To pay off/ to pay back a loan – to return the money you borrowed.

‘We are slowly paying off the money we owe on our credit cards.’

‘I took out a loan to buy a motorbike.’

To take out a mortgage /morgag/ – to borrow an amount of money from a bank to buy a house. (‘Mortgage’ is the name of the loan to buy a house).

‘My parents took out a mortgage to buy our house. It took them 30 years to pay back the loan.’

Role play ‘The bank loan’: Ask your students to brainstorm ideas for a business. The student is the entrepreneur who asks for a loan and the tutor is the bank manager who assesses their case by asking money-related questions. Alternatively, you can reverse these roles.

To go public/ to have an IPO (Initial Public Offering) – when the company decides to sell shares of the company to the public.

‘The last big IPO from a Silicon Valley company was Uber.’

‘Buying shares in that telecoms company was a good investment.’

Stocks and shares – small parts of a company which are bought and sold (not, ‘actions’).

‘The shares decreased in value when the CEO announced that he was leaving.’

Stock exchange – where shares are bought and sold.

‘The USA stock exchange is in New York.’

Shareholder – people who own shares.

To inherit, inheritance – to gain money or another asset upon another person’s death.

A bonus – an extra amount of money for performing well at your job.

‘The sales people got a bonus for achieving their sales targets.’

‘The workers got a 3% pay raise and so there was a celebration.’

Breadwinner – an old expression to refer to the person who earns the most in the family.

‘For most of my life my father has been the breadwinner. But then he lost his job and my mother took over as breadwinner.’

Pocket money – small amounts of money you pay to children.

‘What did you use to spend your pocket money on?’ ‘Sweets and chocolate mostly.’

To be able to afford something – to have the money to buy something.

‘We can’t afford to go on holiday this year as we have had a lot of expenses recently.’

To be broke – to not have any money in that moment.

‘I am broke this week. But I am getting paid on Saturday so I can go out then.’

To go broke – to have a personal financial disaster.

‘My uncle went broke when his construction firm collapsed.’

To go bankrupt – when a company fails and has to close.

‘Kodak when bankrupt when people switched from analogue cameras to digital ones.’

There are lots of interesting TED Talks and podcasts you can give to your student for homework which talk about the psychology of money. We recommend the TED Talk ‘Three psychological tricks to help you save money’; a six-minute video which talks about why we spend more money than we should.

What words have we missed? Add them to the comments section below.

This site uses Akismet to reduce spam. Learn how your comment data is processed.