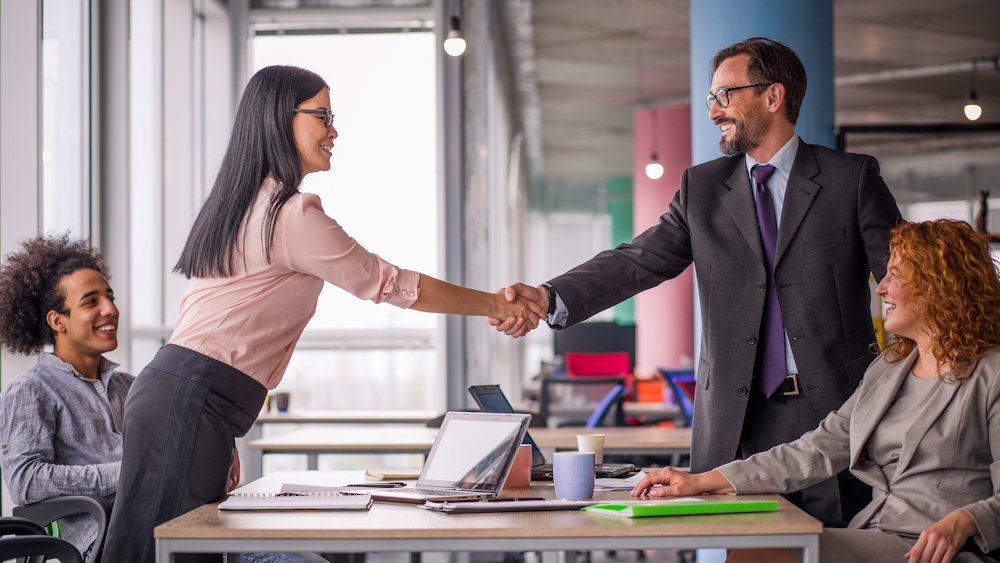 Give your student the vocabulary they need to negotiate purchases, contracts and pay rises. This lexical set also includes some role plays at the end to practice the target language.

To bargain/to haggle – to trade or negotiate.

Bargaining power –relative power of parties in a situation to exert influence over each other.

‘Large supermarkets have a lot of bargaining power over food producers.’

A negotiator – the person who negotiates.

‘Their tactics were to hold out until the last minute to force the agreement.’

‘She had a long list of demands during the divorce settlement.’

To back down over something/ To concede something – to yield a point in a negotiation.

‘They backed down over the clause in the contract.’

To give/have some leeway – a margin.

‘The vendor has given us some leeway with the price.’

To hold out for a better offer – to wait for something better.

‘They are holding out for a better price.’

To settle on something – to agree to a lower offer.

‘He wanted $10 million for the company. In the end he settled on $7 million.’

‘At some point you have to walk away from a negotiation if you can’t come to an agreement.’

To be on the table – the things that are being negotiated.

To be off the table – the things that you have agreed will not be included in the negotiation.

‘The foreign subsidiaries are off the table but the domestic infrastructure is still on the table.’

To give someone your word – to promise.

‘We give you our word that this negotiation will finish within six weeks.’

To go back on your word/ to back track on a promise – to undo a promise.

‘They promised to sell the building to us but they went back on their word.’

‘They kept their word and signed the contract that afternoon.’

The bottom-line – the lowest price a person is willing to accept.

A deal-breaker – the one thing that must be included or you won’t reach an agreement.

‘We must get a long lease on the building or it’s a deal-breaker.’

The outcome – the result or conclusion.

‘In the end, everyone was satisfied with the outcome of the negotiation.’

A win-win – both sides win.

‘Everyone got what they wanted. It was a win-win.’

‘After a long negotiation, there was finally a breakthrough when the vendor lowered the price.’

A deadlock – when both sides won’t move on a point and so the negotiations must stop.

‘The negotiation reached a deadlock when neither side wanted to backdown.’

‘The negotiations had a setback when the CEO refused to resign.’

A trade-off – a compromise.

‘Choosing the best mortgage for you is a trade-off between the interest rates offered and the size of the deposit each company requires to take out the loan.’

To have a change-of-heart.

‘The vendor was unwilling to sell the second factory but then he had a change-of-heart.’

To be locked into a contract – you can’t change the contract for a certain period of time.

‘The phone company has locked me into this contract for 18 months.’

To draw up a contract/ agreement – to make a contract.

‘We have drawn up the agreement. All that’s left is to sign it.’

To add/ remove a clause in an agreement.

To do due diligence – to go through all the history and paperwork on an item before you buy it.

‘A solicitor’s job is to do due diligence on the legal history of a building before their client’s buy it.’

To evaluate – to assess the value or quality of something.

‘We have evaluated your offer and my client’s have decided to accept.’

To value – to assess the monitory worth of something.

To be worth – the adjective of ‘to value.’

Practice the target vocabulary with a few of these role plays.

Role play one: The tutor is the boss and the student, the employee. The student wants to negotiate an 8% raise as they have taken on more responsibility this year. The boss wants to keep it down to 3% but they don’t want to lose the employee and so they are open to negotiation. Other things on the table include, holiday days and the possibility to work from home some days of the week.

Role play two: The tutor is the owner of a historical block of flats in Rome. The student is the representative of an investment firm which wishes to buy the flats. Totally reformed, the block would be worth 1.5 million euros. However, the flats are currently in a very bad state and the owner is keen to sell. However, the price depends on how fast the representative can close the deal and how they intend to reform them.

Role play three: The tutor is the boss and the student is the employee representative of their department. The employee works in the customer relations department which involves taking calls and answering emails from customers. Sometimes they have to meet customers face-to-face and sometimes speak with other departments in meetings. The employee and colleagues would really like to work from home most of the week. The student should state their case and try to negotiate for at least some home-working time. Points could include:

‘Know your worth and then ask for it,’ is an eight minute TED talk about how to negotiate a better salary. The takeaway line from the talk is, “No one will ever pay you what you’re worth,they’ll only pay you what they think you are worth. And you control their thinking. ”